Nothing but nets bear

JCI Esslingen has created the Nothing But Nets Bear to support the global fight against malaria. From every Nothing But Nets Steiff-Bear (cf. http://www.steiff.com) that is sold, 10€ i.e. the monetary equivalent of more than 1 bed net are donated to the JCI-campaign to save lives in the malaria-hidden regions. 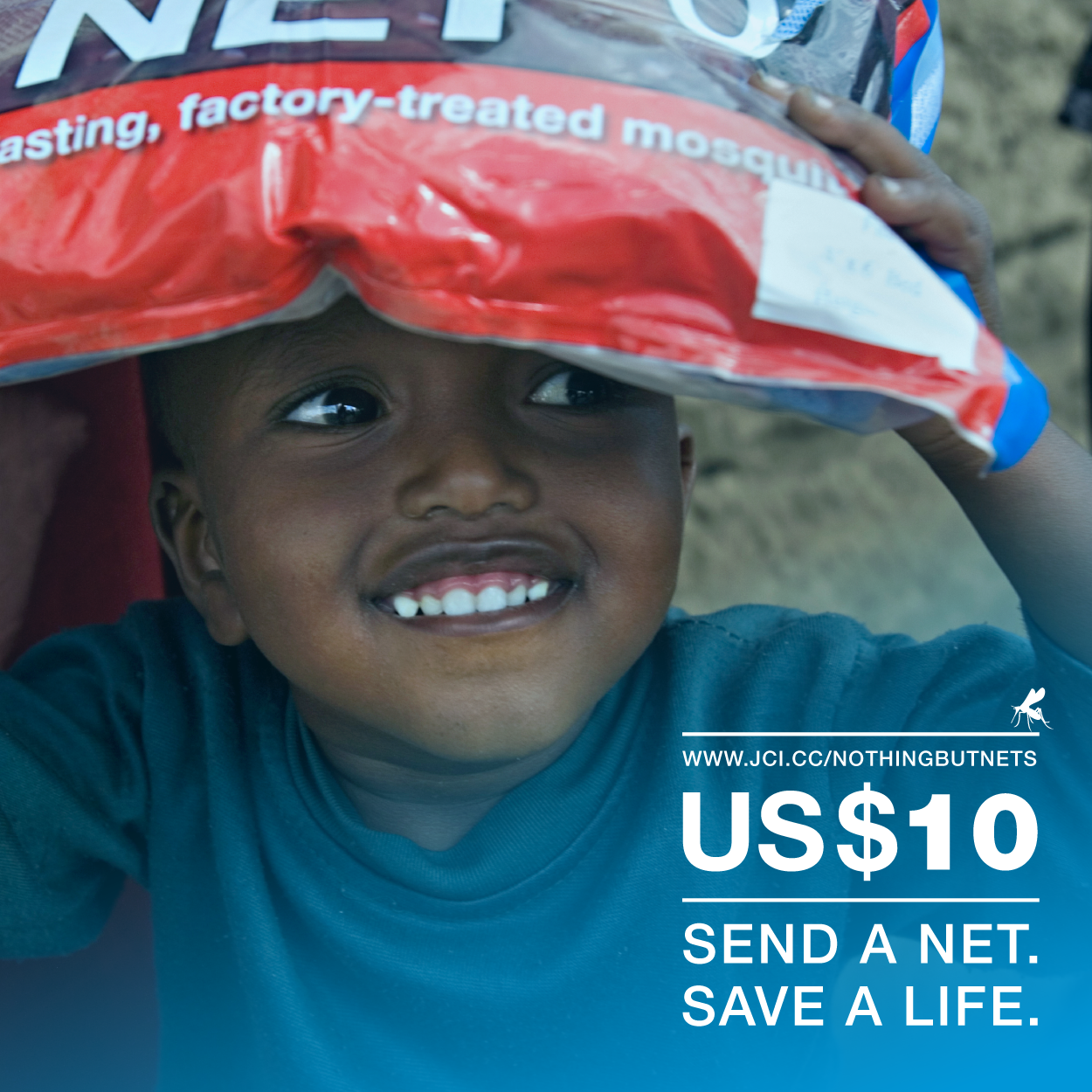 According to the latest figures from the World Health Organization (WHO), an estimated 200 million people are infected with malaria every year. Back to 2012, this life-threatening disease caused the death of an estimated 600.000 people, most of them children under the age of five.

Although malaria is easily transmitted to people through the bites of infected mosquitoes, this deadly disease is curable and, most important, preventable with roughly basic means!

In 2008, our international umbrella association JCI has joined the United Nations Foundation campaign Nothing But Nets where JCI members all over the world coordinate their efforts to raise awareness for the deadly threat of this disease. We work together to raise funds for the fight against malaria through the distribution of insecticide-treated bed nets in Sub-Saharan Africa – the region that is mostly hidden. Insecticide-treated bed nets impose an effective physical barrier against the Anopheles mosquitoes that carry the Plasmodium parasites which actually cause the outbreak of malaria in the body of the bitten people. Until today and with the help of JCI and other international contributors, the Nothing But Nets campaign has succeeded in sending more than 7 million life-saving bed nets to families in sub-Saharan Africa. But more effort is still desperately needed!

Help us to make a difference!

Buy the original Steiff-Bear for 35€ (plus shipping*) and become yourself a life-saver!

For more information on the Nothing But Nets campaign, please visit: